Welcome to CrossFit of Fremont. We change lives with quality rehab and fitness. Come join the Ohana as we strive to reach higher. 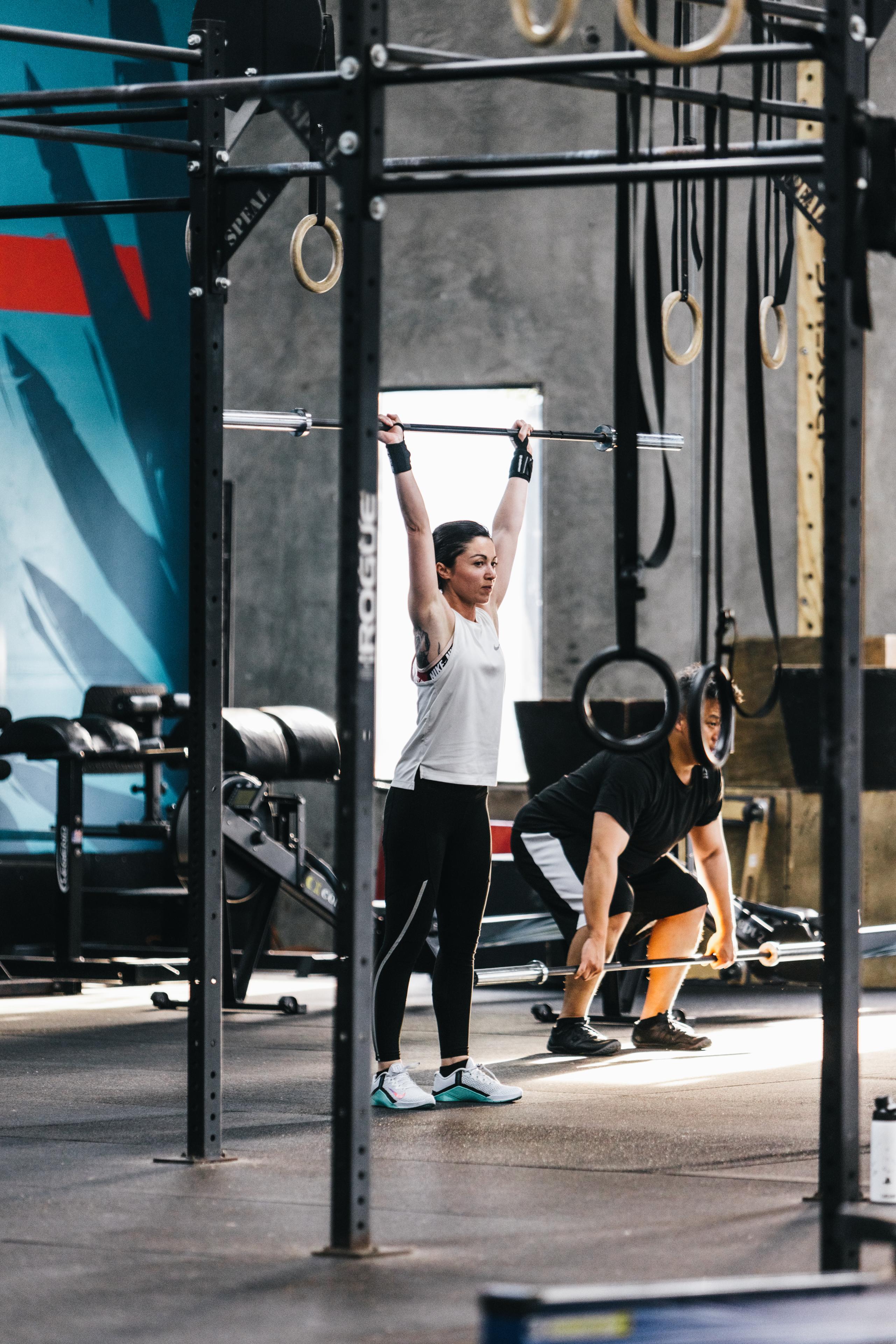 1. Join a fitness community committed to your success

2. Get a personalized program tailored to your needs.

3. Get stronger, healthier, and happier.

First Time
Drop-In
What is crossfit?

Book a "No Sweat Intro" at CrossFit of Fremont. First, we will give you a tour of our facility. Then we will answer any questions you may have and talk about your health and fitness goals. At any rate, whether you have been an athlete for years or are just starting out, you will leave here with some free advice on how best to achieve those goals by expert coaches who truly care about every person who walks through our door.This assessment is absolutely free! There are no strings attached and no obligations.

Nothing. Whether you are a seasoned athlete or it’s the first time you have ever stepped foot in a gym this is your starting point.

First, we will take you on a quick tour of the facility. Then we will sit down and answer the questions you might have about who we are and how we train at CrossFit of Fremont.

Next, we will figure out the best path of success for you to be able to achieve your goals. Every person who walks through our doors has a unique starting point and goals. Together we will come up with a game plan to get you there.

Whether you are here in the Fremont, CA area for work or for play, should you feel the desire to get your workout on, you have a place you can lovingly call home.
‍
Drop in classes are $30

Please register here in advance. No need to sign up for a specific class, after registering, show up a few minutes early to get acquainted with the location. When you get here sign in on the Check-in app on our front desk, introduce yourself to the coach and jump into class.

What is CrossFit? You have probably heard some information about CrossFit, but maybe you aren’t completely clear what it is. By its very founding principles, CrossFit is an open source technology that leverages the Internet to spread methods and information. So what is CrossFit?

CrossFit started as an underground movement against the conventional wisdoms of fitness in the 1980’s. At the time, corporations and government agencies (who were shaped by the corporation lobbyists) were the primary sources of what fitness means. They defined what you should do to be fit. As a result of CrossFit being a grassroots, internet driven movement, there is a lot of fragmented information floating around the web. Some if it is good and some bad… just like almost any industry or movement since the advent of the Internet.

I’m going to put some of the pieces together for those of you starting your journey into the exploration of what is CrossFit. Paradoxically, it is a theory that is the complete inverse to everything you have learned at your local gym from a national chain. Are you ready?

The Short Definition of CrossFit

The three components that make up this definition will be examined later in this page.  First let’s try to understand how CrossFit came to its definition.

The Concept of CrossFit

CrossFit is the result of a compilation of research into achieving the most optimal and well balanced level of fitness possible. To do this, CrossFit became the first fitness organization to define the word “fitness”. They needed a definition of fitness before they could measure how to best achieve it.

CrossFit is open source. None of CrossFit’s ideas are under protection. All of the concepts are freely distributed via crossfit.com, as well as any affiliate, and any person who questions and discusses the accepted norms. Every movement CrossFit does is available to everyone, via video, images or articles at crossfit.com.

CrossFit is adaptable. CrossFitters tend to look at fitness the same way a Nascar team looks at racing. If a Nascar driver all of a sudden shaves 1 second off his average lap time, every other Nascar team will find out what that team changed. Then they will test it in their own environment, and if it works, adopt it.

CrossFit is NOT married to any one concept or idea. We do what we currently validate as the optimal process to achieve fitness. If someone can prove that a method they have devised works better, it will immediately be scrutinized by hundreds (if not thousands) or CrossFitters for validity. If results prove that validity, then the new method works its way into the CrossFit curriculum.

Right off 880 Freeway Behind Napa Auto parts on Cedar Blvd.